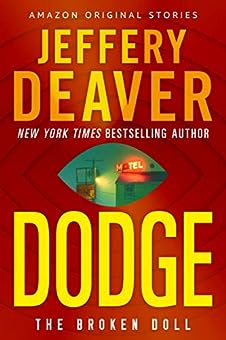 Nothing can stop an avenging vigilante from channeling her rage—or pursuing her prey. Not the relentless cops in her rearview. Not the cunning and elusive sociopath she’s closing in on.

A robbery goes awry. A female deputy is tortured and murdered. The killer, hiding in plain sight, has officials in rural Wisconsin under his thumb—except for Special Agent Constant Marlowe, on an unsanctioned mission to avenge her friend’s death. Constant isn’t letting a notorious sadist like Paul Offenbach get away. Traps are set. A cat-and-mouse game begins. Both hunter and hunted are ready to play.

From the internationally bestselling master of suspense Jeffery Deaver comes Dodge, part of The Broken Doll Collection, a series of interconnected short stories about killers and prey, justice and revenge, that can be read or listened to in a single, breathless experience.