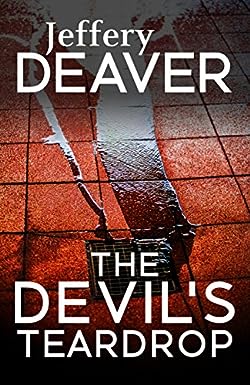 It’s New Year’s Eve, 1999, and the Digger has begun a reign of terror–promising to shoot into crowds in Washington DC every four hours until he’s paid US$20million.

As Kincaid searches an odd ransom note for clues (and tries to maintain a low profile so that his vindictive ex-wife won’t get custody of his young kids), we get to know the Digger better.

He is a frighteningly invisible character with serious brain damage, who methodically obeys a set of instructions from an unknown handler. We also learn many amazing facts about paper, ink, and handwriting analysis, and watch as a relationship slowly and reluctantly develops between Kincaid and the FBI agent in charge.

All this as the devious Deaver leads us down several garden paths overflowing with dead bodies.