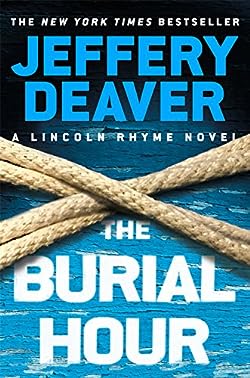 Book #13 in the Lincoln Rhyme series

The only leads in a broad-daylight kidnapping are the account of an eight-year-old girl, some nearly invisible trace evidence and the calling card: a miniature noose left lying on the street. A crime scene this puzzling demands forensic expertise of the highest order. Lincoln Rhyme and Amelia Sachs are called in to investigate.

Then the case takes a stranger turn: a recording surfaces of the victim being slowly hanged, his desperate gasps the backdrop to an eerie piece of music. The video is marked as the work of The Composer…

Despite their best efforts, the suspect gets away. So when a similar kidnapping occurs on a dusty road outside Naples, Rhyme and Sachs don’t hesitate to rejoin the hunt. But the search is now a complex case of international cooperation – and not all those involved may be who they seem. All they can do is follow the evidence, before their time runs out.