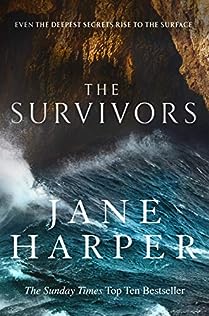 The guilt that still haunts him resurfaces during a visit with his young family to the small coastal community he once called home.

Kieran’s parents are struggling in a town where fortunes are forged by the sea. Between them all is his absent brother, Finn.

12 years ago, two young men were lost during a tragic accident at sea during a turbulent storm, while at the same time, a teenage girl went missing as well. Now, the man responsible for the past deeds came back to deal with his father’s declining health. Visiting his hometown is a kind of torture for Kieran but one he thinks he deserves. No one can blame Kieran more than he blames himself for the deadly events of that day. He wakes up every day with guilt in his heart, as he believes some of his actions that terrible day led to deadly consequences.

When a body is discovered on the beach, long-held secrets threaten to emerge. A sunken wreck, a missing girl, and questions that have never washed away…  Local cop, Sergeant Chris Renn, is joined by Hobart DI Sue Pendlebury in the murder inquiry.