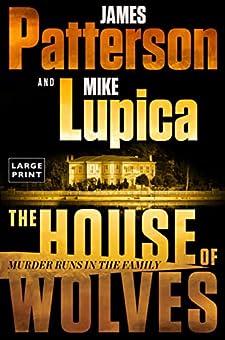 Jenny Wolf’s murdered father has left her in charge of a multi-billion-dollar empire—a newspaper, a football team, a holding company . . . and a family that makes Succession’s Roys and Yellowstone’s Duttons seem tame.

The Wolfs, the most powerful family in California, has a new head–thirty-six-year-old former high school teacher Jenny Wolf.

She also controls the legendary pro football team, the Wolves.

And she has a murdered father to avenge—if she can survive the killers all around her.

An unforgettable family drama by two writers at the top of their craft.

The dynamics are simple in the Wolf family. They eat you if you let them.

Joe Wolf has raised his children to have the same cut-throat mentality that built his own California business empire: kill or be killed.

When Joe’s body is discovered adrift in the San Francisco Bay, his daughter Jenny finds herself head of the Wolf empire.

With her brothers trying to seize her newfound power and assets from under her, Jenny discovers that each of them has the means and motive to kill.

Which of them is capable of murder?