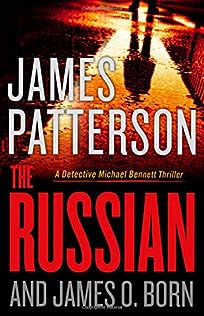 A series of gruesome murders in New York City has Michael Bennett angry — but when he identifies similar cases in Atlanta and San Francisco, his feelings escalate into all-out alarm. All of the victims are young women. And each one is killed in a horrifyingly distinct fashion.

Weeks before NYPD Detective Michael Bennett is to marry his longtime love, Mary Catherine, an assassin announces his presence in the city with a string of grisly murders. Each victim is a young woman. And each has been killed in a manner as precise as it was gruesome.

Tasked with working alongside the FBI, Bennett and his gung-ho new partner uncover multiple cold-case homicides across the country that fit the same distinctive pattern — proving the perpetrator they seek is as experienced at ending lives as he is at evading detection.

Bennett promises Mary Catherine that the case won’t affect their upcoming wedding. But as Bennett prepares to make a lifetime commitment, the killer has a lethal vow of his own to fulfill.

In the midst of such a devastating loss of life, Bennett’s longtime love, Mary Catherine, is soon to become his bride. As Bennett toils to connect the cases, the killer strikes again, adding to his criminal signature an ability to evade detection. Just when New York’s top investigator should be donning his wedding finery, he may be stepping into a diabolical trap.