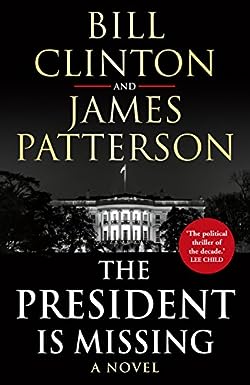 The White House is the residence of the President of the United States, the most watched, controlled and protected person in the world. So how does a president disappear without leaving a trace? But above all, why should you do it?

Born from the unprecedented collaboration between President Bill Clinton and the world’s best-selling writer, James Patterson, The President Is Missing is a breathtaking story coming from the dizzying heights of power.

It is a novel that really makes the idea of what it means to sit in the Oval Office – the exceptional pressure, the flash decisions, the stimulating opportunities, the power that corrodes – that can be defined as the thriller of the decade, which compares the most threats obscure that the world must face with the highest possible interests.

As the novel opens, a threat looms. Enemies are planning an attack of unprecedented scale on America. Uncertainty and fear grip Washington. There are whispers of cyberterror and espionage and a traitor in the cabinet. The President himself becomes a suspect, and then goes missing…