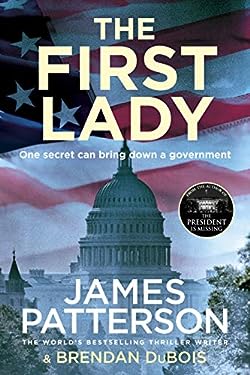 President Tucker is caught up in a media firestorm. The scandal of his affair has sent shockwaves through his re-election campaign, and threatens to derail everything he has worked for. To win the vote, he needs the First Lady to stand by his side.

Sally Grissom is a top secret service agent in charge of the Presidential Protection team. She knows that something is amiss when she is summoned to a private meeting with the President and his Chief of Staff without any witnesses. But she couldn’t have predicted that she’d be forced to take on an investigation surrounding the mysterious disappearance of the First Lady–with strict orders to keep it a secret.

But Grace Tucker has a mind of her own.

After years of compromise, unfulfilled promises, deception and betrayal, Grace refuses to give in to her husband’s demands. Escaping the city and her Secret Service agents, she is officially off the radar.

But did the First Lady run away? Or is she in far greater danger than anyone could have imagined?

The First Lady’s absence comes in the wake of the scandalous, public revelation of the president’s affair, so at first it seems as though she is simply cutting off all contact as she recuperates at a horse farm in Virginia. What begins as an innocent respite quickly reveals itself as a twisted case when the White House receives a ransom note along with the First Lady’s finger.