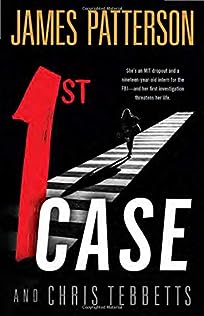 A computer genius pulls off her greatest hack yet — and her skill might just get her killed. Angela Hoot is a young tech genius. But when she’s kicked off her Masters degree course at MIT for hacking into the computer of a fellow student, she fears she’s blown her chances of a glittering career.

Angela is wrong. Instead, she’s offered a dream internship with the FBI. She jumps at the chance, and is thrown straight into her first case at house in the Boston suburbs where a family of five have been brutally murdered. A messaging app with sophisticated tracking capabilities surfaces. Its beta users, all young women, are only identified as they turn up dead in their bedrooms.

A high school girl is found murdered in her home and the key might be embedded somewhere on her cellphone. Angela begins exploring what might be loaded on the device, where she soon discovers a secret app that promotes a discreet chatting platform. Inside these messages are piles of suggestive conversations that turn graphic and present a rendezvous that could have led to murder.

As Angela races to crack the killer’s digital code, their technical rivalry escalates. She must deny the killer access to her personal life, or risk losing her life to the underbelly of the Internet.

As Angela struggles to overcome the painful reality of her new job, a phone is found that could hold the secrets of this mass murder – if Angela is unable to uncover them.