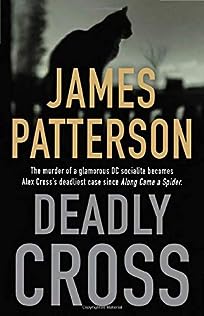 Kay Willingham led a life as glamorous as it was public — she was a gorgeous Georgetown socialite, philanthropist, and the ex-wife of the vice-president. So why was she parked in a Bentley convertible idling behind a DC private school, in the middle of the night, with the man who was the head of that school? Who shot them both, point blank, and why? The shocking double homicide is blazed across the internet, TV, newspapers — and across Alex Cross’ mind. Kay had been his patient once. And maybe more.

Murdered alongside her is Randall Christopher, a respected educator whose political ambitions may have endangered both their lives. While John Sampson of DC Metro Police tracks Randall’s final movements, Alex Cross and FBI Special Agent Ned Mahoney travel to Alabama to investigate Kay’s early years.

They discover that although Kay had many enemies, all of them needed her alive. Alex is left without a viable suspect, and facing a desperate choice between breaking a trust and losing his way — as a detective, and as the protector of his family.