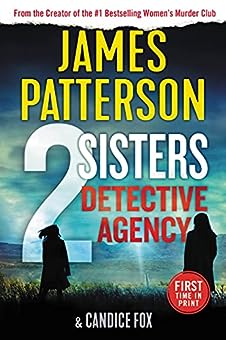 From the world’s #1 bestselling author comes a thrilling new standalone novel where a detective duo of sisters finds themselves in the crosshairs of a dangerous and lawless group.

Attorney Rhonda Bird returns home after a long estrangement when she learns her father has died. There she makes two important discoveries: her father stopped being an accountant and had opened up a private detective agency, and she has a teenage half sister named Baby. Baby brings in a client to the detective agency, a young man who claims he was abducted.

During the course of the investigation, Rhonda and Baby become entangled in a dangerous case involving a group of overprivileged young adults who break laws for fun, their psychopath ringleader, and an ex-assassin victim who decides to hunt them down for revenge.

Rhonda Bird meets her sister Baby. None of them knew of each other’s existence, until their father dies. And the troubles start. The author has added interesting encounters, such as a group of teenagers going around breaking into homes and holding people hostage, to the cartel looking for the missing money that their father has hidden away.