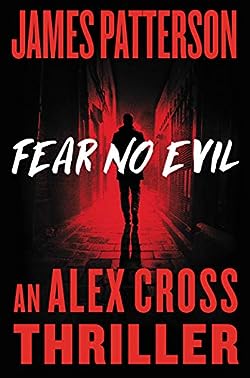 About the Alex Cross Series

Written by the well-known mystery author James Patterson, the Alex Cross books are among the most popular mystery series written to date, many of which have been made into acclaimed movies, including Kiss The Girls with Morgan Freeman (playing Alex Cross) and Ashley Judd. Currently, there are 28 main books in the series, with the latest one, The People vs. Alex Cross, published in 2017.

I’ve read every single Alex Cross novel, which I always looked forward to getting after reading the first book in the Alex Cross series, Along Came A Spider, first published back in 1992. I remember loving everything about the first book: the writing style, the main character, the action, the hidden clues, pretty much everything.

Alex Cross, better-called dr. Alex Cross is a forensic psychology specialist and a psychologist who started out working as a detective at the Washington DC police department, eventually transitioning after to the FBI as a senior agent.

Initially, he was working as a psychologist, but after his wife got murdered, his life changed full direction with him focusing, from then on, on tracking killers and bringing them to justice.

I remember reading the first few books and loving the titles, which were used from lines from popular kids nursery rhymes. At some point, however, he started giving this book titles names based on the main character of the series, Alex Cross. After Mary, Mary, the next book, Cross, is the first that adopts the new title style. From then on every single new novel has his name somewhere within the title.

What really drew me in from the very first book are the writing style and the short chapters which can satisfy even those with the shortest attention span ever. By the time you start reading, the chapter is already over. And even more so, none of the chapters are boring. You find yourself flipping the pages and zipping through the story just to see what comes next.

The Alex Cross books are really some of my most favorite mystery novels ever. Each book follows Alex Cross battling with an evil psychopath and serial killer, and throughout you’ll find yourself at the edge of your seat more times than you can count, at least that’s how I felt reading all his books. Some people say that at some point his novels got repetitive, but personally, I did feel a uniqueness in each book.

Sure, the main plot is about the same: Killer does his abducting and killing deeds, Alex Cross gets on the job of tracking down said serial killer, Alex Cross and killer finally meet and eventually one party (you can guess which) wins, often with serious battle scars.

In one of the latest Alex Cross story, The People vs. Alex Cross, we’ll find the table turned on Alex. He is on trial for killing two people and severely injuring a third one. Despite him claiming that he’s innocent, that he was framed, and that the people had guns pointing at him, the prosecution wants to make an example of him and put him away for good.

Of course, you’ll need to read the new Alex Cross book to see if and how get can regain his freedom and his good name, but knowing how most Alex Cross novels end, you should have no troubles figuring out the end. However, as many people say, the journey is more interesting than the destination.

Among all the Alex Cross books I’ve read so far, The People vs. Alex Cross was probably one of my most favorite ones, next to the very first one James Patterson has ever written, Along Came a Spider and Kiss the Girls.

Here is the chronological order of the James Patterson Alex Cross books with the publication date of each book at the end of the book just after the series reading order.

Should we read the James Patterson Alex Cross books in order?

This is one mystery series that I can say, without even thinking about it, that yes, you should read them in order, despite the fact that pretty much all novels start and end with a separate story from other books in the series.

One reason for it is that you’ll get to know Alex Cross in a much deeper way than otherwise. You’ll learn about his transitioning careers over the years, and you’ll learn his quirks and way of thinking that is so popular among so many mystery readers.

There are many different events that occur in his personal life, and reading the books out of order might prove to be confusing at times. Most books reference previous novels and without having read those earlier stories first, it might feel a bit strange, as when peeking in through the curtains to a house that you don’t belong to.

You’ll see the main characters develop over time in front of your eyes, and honestly, whenever you talk to a James Patterson fan who loves the Alex Cross series, you’ll notice that they’re (including me) almost OCD at times about reading the series in order. So do yourself a favor and start the Alex Cross series in order, from the very first book. You will not be disappointed.