Last Updated on January 4, 2023 James Grippando is a New York Times bestselling mystery and thriller writer, best known for his defense attorney Jack Swyteck books, and his off-shot Andie Henning series, featuring Jack’s FBI agent wife.  There are currently 31 James Grippando books, with the first book written based on him being falsely arrested as a peeping Tom due to mistaken identity. How many writers can say the same for their first published debut novel?

Reading the James Grippando books in order of publication is not really important for his Swyteck books, and even less so for his standalone novels, as they can be all read as standalone novels as well. The books are listed in publication order with the reading order in brackets for each novel. 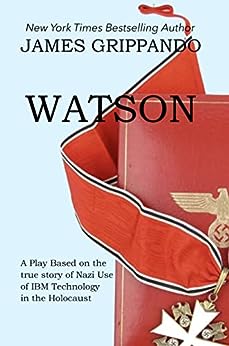 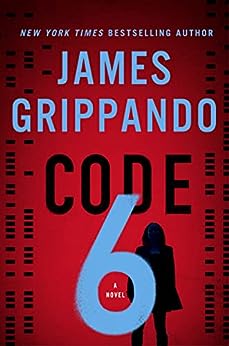 Andie Henning is Swyteck’s wife and an FBI agent.

Miami defense attorney Jack Swyteck specializes in cases of inmates waiting on death row. He has never seen eye to eye with his dad, Harry, Florida’s current governor. The could never agree on anything, and things escalate when Jack works with a client he believes is innocent and his father takes him to the electric chair.

Two years later, the man who told Jack that he was the killer and the guy in prison should have been left free has surfaced and now is blackmailing Jack’s father for letting an innocent man die on the chair. At the same time, Jack is dealing with another case of a murderer whom he left out on a technicality but who was killed and now all signs point to Jack as the killer. James Grippando’s debut novel is an action-packed legal thriller reminiscent of John Grisham‘s earlier novels.

After Jack being previously accused of murder, it happens again in Beyond Suspicion when his ex-girlfriend, a beautiful con artist is found dead in her bathtub after he had helped her get the insurance money when it was believed she was dying. Now Jack is framed for her murder and he is on the run both from the police and the guys who want their money back. That’s why it’s even more difficult than usual to solve the case and prove his innocence while keeping himself alive.

As a defense attorney, Jack gets the strangest clients like his latest one, the former contract killer Tatum Knight. He is also the brother of Theo, who is Jack’s best friend. What the two brothers have in common: both have been on death row. Jack found the proof of Theo’s innocence, but now he has to also try to help Tatum. The problem is, someone Tatum knew was killed and all fingers point to Tatum directly especially when the wealthy woman wanted to hire him to kill her. Tatum said he refused. So what is it now: did Tatum actually kill her or is he framed for a crime he didn’t commit?

In Hear No Evil Jack gets the surprise of his life. The woman who wants to hire him to represent her for having killed her husband – a Guantanamo Bay officer no less – says that unless he takes her case, he will never see his own son whom he didn’t even know he had and that is adopted by her. Although he didn’t want to take her case because he knew almost nothing of military law and because he felt she was holding out on him, he must take her case if he ever wanted to meet his own flesh and blood.

Mia is Jack’s new love interest. They seem to do fine except when she goes missing, he learns that she is married and that her husband got a ransom demand for her from a kidnapper who has been operating in the area for a while. And because the husband is aware that Jack and Mia had an affair, he decides not to pay the kidnappers for her return. The more Jack investigates, the more he learns that Mia is not the person he thought she was. And things only escalate from there on with getting the FBI involved as well.

Falcon is homeless, in prison for threatening to commit suicide on the bridge, and he is asking for Jack’s help. Jack is not very eager to help but when Falcon finds $10,000 for his own bail and takes Jack’s best friend, Theo hostage after a dead body was found in the car Falcon was using as a home, Jack knows that to save Theo he has to do Falcon’s bidding. Especially since Falcon seems to be unhinged and harbor a bigger secret that initially thought. Now Jack has to work together with Vince Paulo, the hostage negotiator, and Alicia Mendoza, the mayor’s daughter to defuse a most volatile situation.

This is very much Theo’s story. Back in the day, Jack saved Theo from death row and the two became best friends. Now, someone dangerous knocked on Theo’s door, someone from his old days, who is asking him for help. But Theo can’t trust the guy as he is an escaped convict. Theo asks Jack for help once again, and the two must go back in time to some serious secrets that powerful people want to keep buried at all costs.

Should We Read The James Grippando Books In Order?

Honestly, I haven’t read all the author’s standalone novels. However, I’ve read the James Grippando Jack Swyteck book series, so I can mostly speak for his thriller series. I did start it with book 6 and while I’m pretty obsessive about reading the books in chronological order, I didn’t quite feel the need to do that here.

Of course for character development and continuity, it’s a good thing but not an absolute must.

The author’s 12th Jack Swyteck novel, Gone Again, is a legal mystery in which Jack goes back to his roots. He goes to work at the Freedom Institute for just a little bit to help them financially. While there, he agrees to take on a case of an inmate on death row for killing a girl. The strange thing is, the girl’s mother doesn’t believe the inmate did it and she enlists his help to find out what exactly happened, especially when she claims that her dead daughter called her.

Jack is a man of strong morals and principles. He also strongly believes in the justice system and in freeing the innocent.

Most Dangerous Place is the 13th book by James Grippando, published in 2017. The action starts right from the start. Jack and his wife drive to the airport to meet their friend Keith and his wife Isa. As soon as the plane landed, Isa is arrested in handcuffs on charges of conspiracy to murder a guy who raped her many years ago in college. Of course, Jack offers to become Isa’s lawyer to defend her.

The story is just as gripping as the previous legal mystery books in the series, and the characters are, as usual, strong, smart and witty. All Jack S. books are written without excessively foul language or explicit scenes. They are what we call “clean books,” so really, anyone can pick them up without worrying.

Reading the James Grippando books, however, also include his standalone novels. Some are legal mysteries and thrillers, like Cane and Abe, while others are straight-up thrillers (Intent to Kill, The Informant and Need You Now) and even time travel stories (Leapholes). Regardless of the sub-genre, all the novels by James Grippando are equally thrilling and edge-of-your-seat suspense stories.

Born in 1958 in Waukegan, Illinois, James Grippando grew up in Illinois in a rural area. He started college at the University of Illinois, however, from his second year he transferred to the University of Florida in Gainesville when his family moved to Florida. Once he graduated from law school, his first job was to serve as a law clerk to the Honorable Thomas A. Clark, United States Court of Appeals for the Eleventh Circuit in Atlanta.

Later James Grippando became a trial lawyer, and during this time he worked on many death penalty cases, knowledge and experience, which helped me write his first book, The Pardon, which would become the first Jack Swyteck novel.

He also wrote several scholarly articles about the law, and it was during this time, he changed gears and started to write fiction. In fact, his many years’ experience working under the umbrella of the law helped James Grippando craft the Jack Swyteck book series, books which all deal with the law one way or another, and most of which take part in Florida, Miami, the very area where he lives and spends his time writing his next novel.

Except for his two main mystery series and his stand-alone novels (including his one book for the YA audience), James Grippando has also written non-fiction articles and essays for Mystery Scene Magazine, Miami Herald, and Goodreading, among others. He also wrote various scholarly articles related to his job as a lawyer.

Reading the James Grippando books in order for his two series is rather important, especially since the Andie Henning series ties in with the original Swyteck series due to the two main characters being husband and wife.