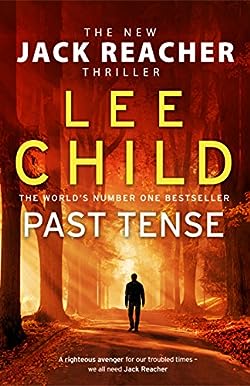 Book #23 in the Jack Reacher series

Reacher, the eternal drifter, happens by chance on the small New Hampshire town he remembers his father was supposed to have come from.

But when he starts looking for his dad’s old home, he finds there’s no record of anyone named Reacher ever having lived there.

In the words of Lee Child himself, “It’s about the past, it’s a current day story with Reacher looking back into the past because he’s passing by this place in New Hampshire that he recognizes from old paperwork as his father’s birthplace. And so he thinks oh well you know I’ll spend a day, I’ll go take a look, maybe find the old guy’s house or something. He gets into town and there’s no record whatsoever of anyone called Reacher ever living there.”