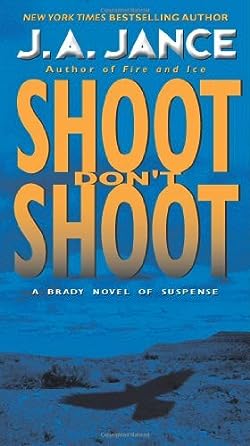 An assassin’s bullet shattered Joanna Brady’s world, leaving her policeman husband to die in the Arizona desert. But the young widow fought back the only way she knew how: by bringing the killers to justice…and winning herself a job as Cochise County Sheriff.

Still mourning her loss, Joanna Brady needs to be strong and supportive for her nine-year-old daughter, Jenny. She also has responsibilities to the people who elected her Sheriff. Joanna has the head and instinct for her new job, but not the experience — which is what brings her to Phoenix for a pre-Thanksgiving crash course in police training…and into the mystery of an imprisoned husband her gut tells her did not murder his estranged wife.

Suddenly Sheriff Brady has a lot more to worry about than classes and the visiting family pre-holiday chaos. For her impromptu investigation is drawing a serial killer too close for comfort — and closer,worse still, to Joanna’s little girl.