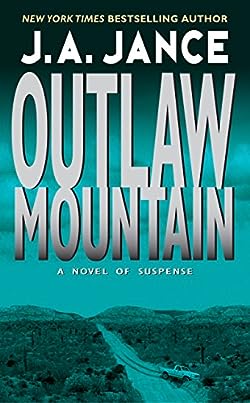 Johanna Brady, young widow, devoted mom, and Sheriff of Cochise County, Arizona, is a tough cop who gives no ground to lawbreakers. But now she’s dealing with some big-time political maneuvering that could let someone get away with murder.

When an elderly widow is found dead in the Arizona desert, it’s easy enough to pin the killing on the teens caught driving her car across the Mexican border. But Sheriff Brady isn’t buying it. The victim was a free spirit with a lover twenty years her junior and enough money for her grown kids to fight over.

Johanna is forced to put her personal life on hold to dig deeper into the murder. But as the investigation gets sidetracked by some ugly local land disputes, Sheriff Brady finds herself wading through a murky morass of graft and corruption that reaches into high places, and may have given someone reason to kill … and kill again.