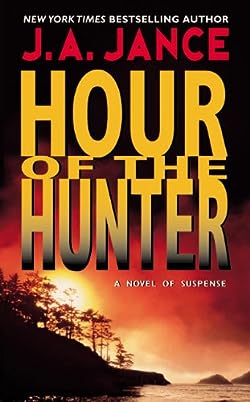 The hunter is free to kill again — and hour by hour, he draws closer . . .

The brilliant psychopath Andrew Carlisle spent only six years in prison for the brutal torture–murder of a young girl of the Tohono O’otham tribe. The testimony of Diana Ladd — a teacher on the reservation — put Carlisle behind bars, and now she can’t ignore the dark, mystical signs that say a predator has returned to prowl the Arizona desert.

Because no matter where Diana and her young son hide . . . he will find them.

Six years after her husband killed himself after being accused of murdering an Indian girl, Diana Ladd relys on a Native American wise woman and a local police detective to protect her and her son from her late husband’s partner, recently released from prison.