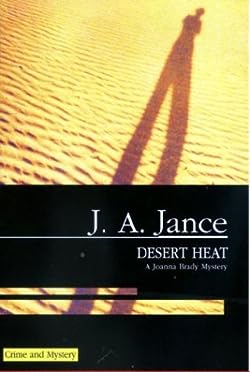 Life is good for Joanna Brady in the small desert community of Bisbee. She has Jenny, her adored nine-year-old daughter, and solid, honest, and loving husband, Andy, a local lawman who’s running for Sheriff of Cochise County.

But her good life explodes when a bullet destroys Andy Brady’s future and leaves him dying beneath the blistering Arizona sun.

The police brass claim that Andy was dirty — up to his neck in drugs and smuggling — and that the shooting was a suicide attempt. Joanna knows a cover-up when she hears one…and murder when she sees it.

But her determined efforts to track down an assassin and clear her husband’s name are placing herself and her Jenny in danger. For in the desert, the truth can be far more lethal than a rattler’s bite.