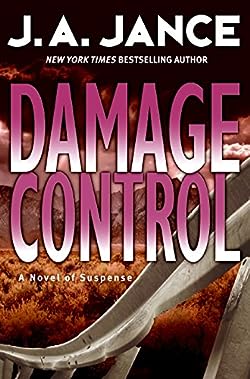 At first glance, it appears to be an accident . . .

A car carrying an elderly couple goes off the side of a mountain and tumbles into oblivion on a beautiful sunny day in the Coronado National Monument. A note pulled from the twisted wreckage suggests the tragedy may have been a double suicide—but an autopsy later suggests something different.

A deadly fire and a fatal home invasion may or may not have some connection to the terrible crash. And miles away in the desert, a savage rain has revealed something grisly and terrifying: two trash bags filled with human remains.

It’s just another day in the life of Cochise County sheriff Joanna Brady, who must somehow balance the rigors of police work with a newborn, a teenager, a writer-husband, and a difficult mother.

But Joanna will not allow murder to go unpunished in her jurisdiction—even if her path to the truth is twisting and dangerous . . . and leads to shocking revelations about those entrusted with caring for the helpless.