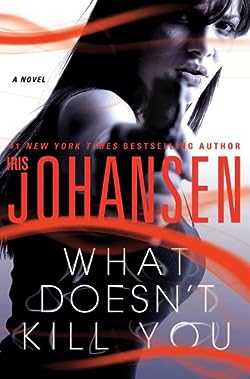 What Doesn’t Kill You

What Doesn’t Kill You by Iris Johansen brings back shadow operative, Catherine Ling, for another adventure.

When she was four, she was abandoned on the streets of Hong Kong. She learned how to survive, she escaped captivity which included a life as a sex slave, and later was taken in by Hu Chang, a skillful assassin and expert with poisons. Catherine learned the craft from Hu Chang and now, as an adult, she has been recruited by the CIA.

When Hu Chang, the enigmatic apothecary and her old friend, creates a deadly and devastating poison, everyone is there to be the first to buy it. Including rogue operative John Gallo.

Now Catherine will do everything she can to protect Hu Chang from by a sadistic sociopath, Nardik, keep the untraceable poison out of harm’s reach and enemy hands, and also protect her own son, Luke.