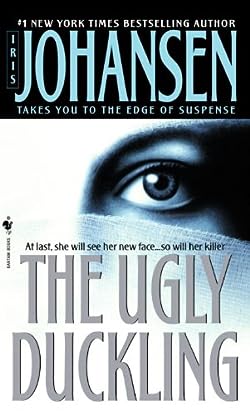 The first romantic suspense novel by Iris Johansen, The Ugly Duckling, brings life to a strong heroine, Nell Calder, who has gone to hell and back.

When a brutal attack killed her daughter and her husband and left her more dead than alive. Nell Calder decided that survival is the only way forward. So she changed her face,  and became a force to be reckoned with. Not only that, but now she is no longer an ugly duckling, but a beautiful woman.

All this time, however, at the back of her mind was the notion of revenge, of finding her family’s killer and bringing him to justice. He can no longer find her because she looks different now, but in order to flush him out, she will have to do what she never dared before: reveal herself and set a trap for the murderer.

And by doing this, she knows that she will become, once again, the killer’s latest target.