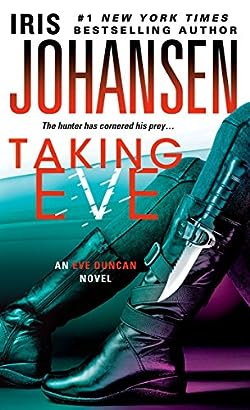 Eve Duncan is finally living her new life, with Bonnie’s ghost only now and then appearing to her, just to remind her that life is worth living.

But then Eve is abducted by someone who wants answers of his own. Jim Doane’s twenty-five-year-old son is missing and the father has from his son is a partial skull fragment. But he knows that Eve can do miracles with her sculpting. And he knows that he can’t trust the police with the search for his son, so Eve is the only person who can help him get closure and get revenge on those who killed his son.

Jim is crazy and he has Eve. So now everyone who loves Eve, including Quinn, Kendra, Catherine, Margaret and some other characters are desperately trying to find her before it’s too late.

This is the start of a new trilogy focusing on finding Eve.