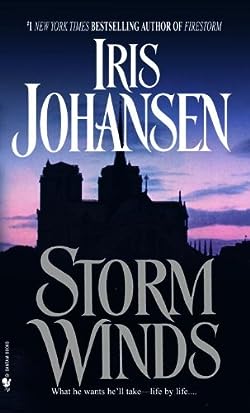 The second book in the Wind Dancer series (1991)

Stormwinds, the second book in the Wind Dancer series, takes place in the 18th Century France, just a few years before the beginning of the French Revolution.

Jean Marc Andreas is haunted by the Wind Dancer golden statue and he wants it back as his family’s treasure from the  in the hands of French royalty. He would do anything to get it back once and for all.

But he has a strong adversary in Juliette de Clement who also want the statue for herself. Jean Marc decides to use Juliette in getting the statue, but along the way he doesn’t take into the account the stormy passion that he gets with it as well.

And as the two search for the golden statue of Pegasus, the Wind Dancer, they come across a city on the brink of change, a terrible danger and treachery.