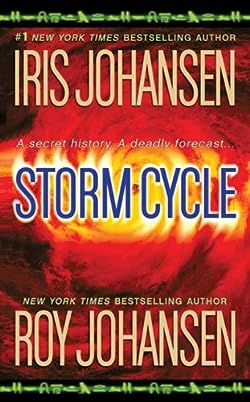 by Iris Johansen and Roy Johansen

When computer genius Rachel Kirby is given an offer she can’t refuse, she puts things into motion that might change her life forever.

Rachel has a good job, good money but a sad personal life. Her sister is sick with a chronic illness that has no cure, and Rachel knows that one day her sister will leave her for good.

When she receives an email asking her to save an archaeologist, John Tanek, who is trapped in an Egyptian tomb, Rachel hesitates. Until she realizes that John actually holds the key to something that might, just might be the cure for her sister’s debilitating illness as well.

As she works on trying to save John, she gets caught in a web of treachery and deceit, including murder, all which go back to the secrets of the tomb. But can Rachel trust John and can both uncover the big secret within before it’s too late for everyone involved?