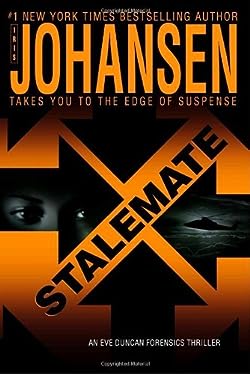 In Stalemate, Luis Montalvo wants Eve’s help. And Eve can’t give it to him because he is evil, cunning and everything but a law-abiding citizen. He is an extremely dangerous man. Not to mention that Eve Duncan only works with the law enforcement in reconstructing murder victims’ faces.

But Luis is persistent. Even after Eve turned down the job twice, he still keeps calling her, not taking no for an answer. So finally Eve gives in and decides to travel to the Colombian jungle in order to identify a particular skull that Luis is so interested in. How can she say no, when Luis has promised her something that she wants the most. Something from her past.

Except, once she’s in Colombia, she comes face to face with not one but two killers, one nastier than the other. And if she’s not careful, Eve might just end up dead.