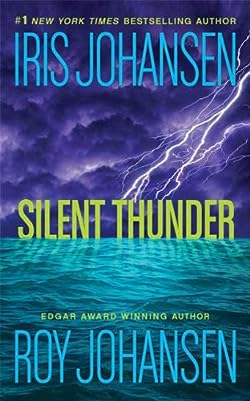 The first book in the Hannah Bryson series (2008)

Marine architect Hannah Bryson has received an interesting assignment involving the Silent Thunder, a Russian submarine which has recently been bought by the US to exhibit in a museum. Hanna has to create the schematics for the sub and check for any dangers it might possess the museum visitors.

Hanna’s brother, Connor, while working on the sub as Hannah’s assistant, discovers a hidden message behind one of the panels. What Connor doesn’t know is that the cryptic message means his death. And now Hannah has to find Connor’s killer while avoiding a trap that seems to be set for her to be the bait.

The US Government doesn’t want Hannah near the case, but she is relentless and soon joins forces with a man who is maybe more dangerous than Connor’s killer. And soon a game of cat and mouse ensues. But who is the cat and who is the mouse?