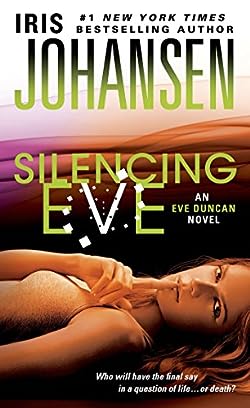 Eve is dead. Or at least everyone at her funeral thinks so. Just when they were about to save her from the madman, there was an explosion, and Eve seemed to be smack in the middle of it. So is she now dead or alive? And if she is alive, can her friends find her before it’s true late?

CIA agent Catherine Ling was once helped by Eve find her son, so now she knows she has to help Eve in return. But she is not alone, as Quinn, Jane, and a whole host of friends are right there, searching for Eve, each of them bringing to the table another quality (some normal, some paranormal) that might just be the difference between finding Eve dead or alive.

The last book in the mini-trilogy involving Eve will bring closure to the readers, and will also introduce new characters which will help (or hinder) the search for Eve.