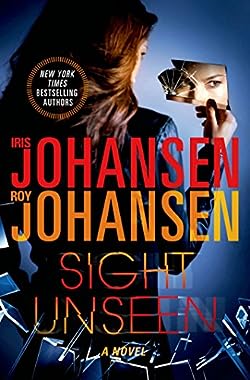 Kendra Michaels is an asset neither the FBI nor the CIA wants to be without. Having lived for 20 years blind, she learned to hone all her other senses, which allowed her to perceive things other average humans can’t. After a successful restorative surgery, her eyesight is back, but her other senses are still as sharp as ever.

When she is called to the site of an accident involving several vehicles piled-up on San Diego’s historic Cabrillo bridge, Kendra senses that something much more sinister is at work here. When she shares her conclusions about the place being a murder scene with the authorities, they are forced to open a multi-jurisdictional investigation, which involves bringing in the FBI. And as luck would have it, she is teamed up with none other than FBI agent Adam Kyle.

Now the two have to run against the clock to stop a madman who considers himself Kendra’s biggest fan and wants to prove it with more and more bodies piling up along the way.