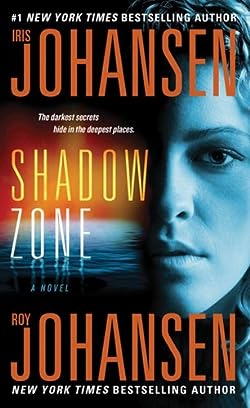 The second book in the Hannah Bryson series (2010)

In Shadow Zone, submersible designer Hannah Bryson is back, this time mapping the ancient underwater city of Marinth in the Atlantic Ocean.

During her work on the site she finds a shocking discovery: could she have found the truth about how the underwater city was destroyed?

The question about the city’s demise has plagued scientists all over the world for years. Once a thriving and flourishing city, now it’s nothing but some underwater ruins. But someone doesn’t want Hannah to tell the world about what she found it. Her discovery could have fatal consequences for the modern world and someone wants the secret to stay buried right until the entire world goes under.

Now Hanna, with the help of a charismatic person from her past, Kirov, is running against the clock to unravel the mysteries of the city and stop a ruthless killer who wants nothing more than see the whole world get destroyed.