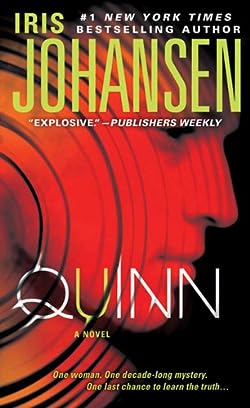 Joe Quinn has seen all sides of evil. A former Navy SEAL, he had his share of human depravity, evil, and cunning. As a cop, he saw the same in his line of duty.

Over a decade ago, he met Eve, the very complex, complicated, and intriguing Eve. And he fell in love with her, despite Eve’s fierce desire to do nothing but find her daughter. He wormed his way into her heart and she let her guard down. For him.

The two met right after Bonnie was kidnapped and we get to see their love blossoming to become what we know to be in the later books.

Now, in the present, Eve’s first love, John Gallo, is back. And he might just hold the key to Bonnie’s whereabouts. But he’s a very dangerous man. But is he a friend or foe?