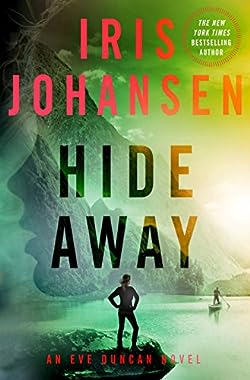 Eve Duncan, the world-famous forensic sculptor is in the hospital, a well-guarded hospital, as she is suffering from a mild concussion. However, Eve is not so much worried about her health as much as that of Cara, a young girl who’s been running for her life forever.

Now Eve has to protect Cara by any means necessary, so she and Quinn decide to take Cara to Scotland, where Eve’s adopted daughter, Jane, is still searching for Cira’s treasure. Maybe, just maybe, Cara will be safe there from any harm.

Unfortunately, no one has foreseen what greed and evil will do to ruthless Mexican predators who want Cara, no matter what. Even if it means traveling to Scotland and snatching her away from everyone fiercely protecting her, including MacDuff, Jock, Caleb, and Jane.

And because of Eve’s involvement, the Mexican drug cartel led by Salazar wants Eve dead as well.