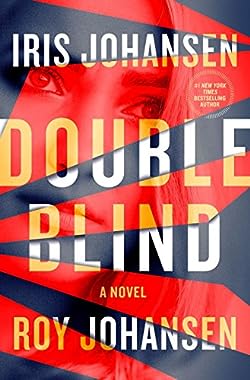 Iris Johansen and Roy Johansen are back with a new thriller in the Kendra Michaels series.

When Kendra is asked to help with a latest crime investigation, she doesn’t want to get involved until she learns that the victim was living near her condo and in his pocket there was an envelope with her name on it.

The envelope contained an SD card with an apparent innocent video on it: the video of a wedding reception. Except, the groom was murdered just one week before the man was trying to get the video to Kendra.

As more and more bodies are found, Kendra, Jessie Mercado, a private investigator, and Adam Lynch, who is now a agent-for-hire, learn that each of the murdered victims played once a part in convicting a serial killer several years before.

So who is trying to enact revenge and eliminate the people involved after all these years? Could it be a family member or a die-hard fan? Or maybe, just maybe, the wrong guy was convicted and the serial killer is out there continuing his killings. And it’s now up to Kendra and her team to find out the truth before it’s too late.