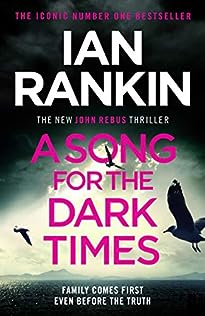 When his daughter Samantha calls in the dead of night, John Rebus knows it’s not good news. Her husband has been missing for two days.

Rebus fears the worst – and knows from his lifetime in the police that his daughter will be the prime suspect.

He wasn’t the best father – the job always came first – but now his daughter needs him more than ever.  But is he going as a father or a detective?

Rebus is retired from the police, and is moving into a new apartment with Siobhan’s help. He gets a call from his semi-estranged daughter Samantha saying her partner, Keith, is missing. He drives up to the north of Scotland, where he learns that Keith was a history buff who who been researching some Scottish WWII prisoner detention camps. Could this hobby have had fatal consequences for Keith? What is Samantha’s role in his disappearance?