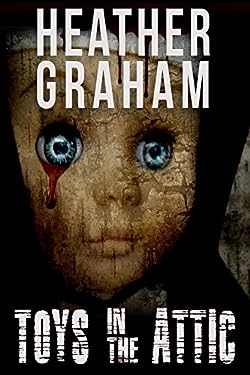 Toys in the Attic

Most people head to the Florida Keys for some rest and relaxation.

Not Cafferty and Quinn

Colby Kennedy has called his old friend, Michael Quinn, looking for help after his sister was hit by a car. The story she’s telling as to what happened to her doesn’t make any sense at all, and has the doctors fearing for her sanity. But Colby is hoping that Quinn and his partner – and girlfriend – Danni Cafferty will be able to get to the bottom of what has left his sister totally terrified.

Because it certainly can’t be true that a zombie nun doll is responsible for the fear that sent her running straight into a car.

Cafferty and Quinn have been exploring the evil, the cursed and the haunted in New Orlean. Hopefully they will be able to discover what these haunted dolls are after in the Florida Keys before someone else gets hurt.