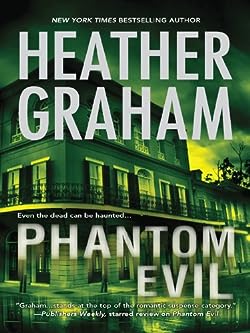 A secret government unit, a group of renegade paranormal investigators… and a murder no one else can crack.

Though haunted by the recent deaths of two teammates, Jackson Crow knows that the living commit the most heinous crimes.

A police officer utilizing her paranormal intuition, Angela Hawkins already has her hands full of mystery and bloodshed.

But one assignment calls to them too strongly to resist. In a historic mansion in New Orleans’s French Quarter, a senator’s wife falls to her death. Most think she jumped; some say she was pushed. And yet others believe she was beckoned by the ghostly spirits inhabiting the house — once the site of a serial killer’s grisly work.

In this seemingly unsolvable case, only one thing is certain: whether supernatural or all too human, crimes of passion will cast Jackson and Angela into danger of losing their lives… and their immortal souls.