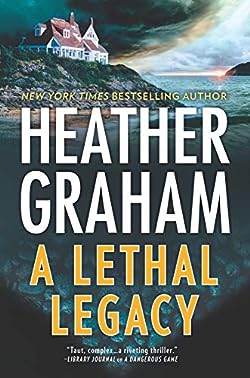 FBI agent Craig Frasier is called to Douglas Island, a private island off the coast of New York state, by a family relation. Finn Douglas’s father, Frank, died mysteriously on the sheer cliffs. The island is rustic at best, with limited electricity and water, and according to legend is cursed due to its gruesome and bloody history, which includes battles between indigenous tribes, connections to early Viking explorers and a link to the Knights Templar…and escaped bank robbers and buried treasure. It’s possible that Frank was searching for this treasure in the leadup to his building a resort on the island.

The rambling Douglas house—a grand old Victorian–dominates the landscape. Kieran Finnegan has tagged along to help Craig investigate, and she delves into the complicated history of the island. Joined by Craig’s partner, Mike, and Kieran’s brother Danny, they set out to hike and explore the treacherous cliffs and caves. One false step sends Kieran plummeting into unmapped sections, where she discovers that the island’s death count is rising… Someone or something on the island has secrets they will kill to protect.