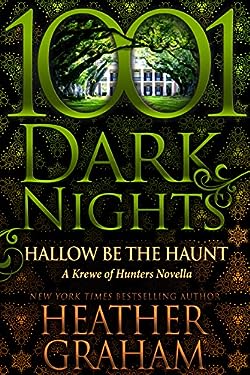 Hallow Be the Haunt

Years ago, Jake Mallory fell in love all over again with Ashley Donegal—while he and the Krewe were investigating a murder that replicated a horrible Civil War death at her family’s Donegal Plantation.

Now, Ashley and Jake are back—planning for their wedding, which will take place the following month at Donegal Plantation, her beautiful old antebellum home.

But Halloween is approaching and Ashley is haunted by a ghost warning her of deaths about to come in the city of New Orleans, deaths caused by the same murderer who stole the life of the beautiful ghost haunting her dreams night after night.

At first, Jake is afraid that returning home has simply awakened some of the fear of the past…

But as Ashley’s nightmares continue, a body count begins to accrue in the city…

And it’s suddenly a race to stop a killer before Hallow’s Eve comes to a crashing end, with dozens more lives at stake, not to mention heart, soul, and life for Jake and Ashley themselves.