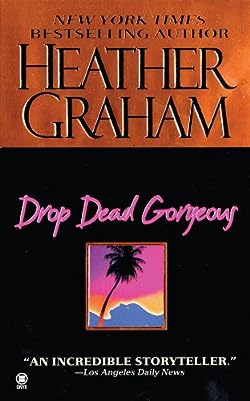 As teens, Lori Corcoran and Sean Black shared a brief love that ended in tragedy when a woman died and Sean was tried, and subsequently acquitted, for her murder.

Now, 15 years later, Sean and Lori both return to their hometown in southern Florida just as another woman from their circle of high school friends is brutally murdered. Sean, a bestselling crime novelist, is drawn into the police investigation, while Lori, a widow with a teenage son, is reunited with old friends… one of whom may be a serial killer.

As their feelings for each other reignite, Lori and Sean struggle to make sense of the past and elude a killer who’s striking with increasing frequency. Graham skillfully manages a large cast of characters and keeps the suspense simmering, providing just enough clues and titillation to make the pages turn.