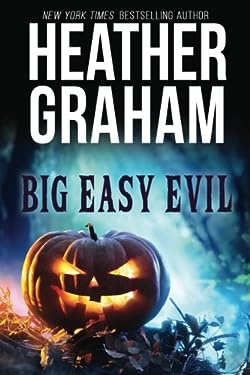 Halloween in the Big Easy . . .
Does evil really exist?

Michael Quinn and Danni Cafferty are far too familiar with the question. At the death of her father, Danni inherited his house and shop on Royal Street in New Orleans—and much more than she ever anticipated, including a book kept by her family for generations on how to combat the most unusual forces.

As Halloween approaches, Quinn is already nervous—he knows what the season can bring. Even as Danni tries to convince him that very good things can happen as well, a man arrives in their kitchen, seeking their very special assistance. Sean DeMille is a lover of decoration and costume—and all things Halloween—until the body of a murdered man shows up in the midst of his backyard ‘cemetery.’

With an axe in his head.

Could the infamous Axe-man of New Orleans have found his way back after nearly a century? Or is just the insidious at work, a spirit or demon filtering into an object or a person and creating the mayhem all over again?

With the help of their odd team, Danni and Quinn must find the truth behind the strange happenings haunting the city—lest they fall prey to that very strange evil themselves.