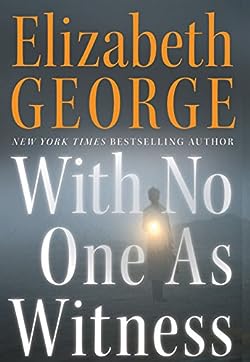 Book #13 in the Inspector Lynley series

The police never suspected a serial killer was at large until they found the third murdered boy, the first white victim, his body draped over a tomb in a London graveyard. Suddenly a series of crimes and a potential public relations disaster have Scotland Yard on the defensive, scrambling to apprehend a maniac while avoiding accusations of racism.

Detective Superintendent Thomas Lynley, distracted by concerns for his pregnant wife, has been assigned to the investigation, along with his disgraced partner, Barbara Havers, who’s fighting for her professional future.

Winston Nkata, deservedly, if hastily, promoted to detective sergeant, is the black face who will speak to the media. But none of them can imagine the tenacity and ingenuity of the killer they seek . . . and no one is prepared for the savage, shocking instant when everything will change forever.