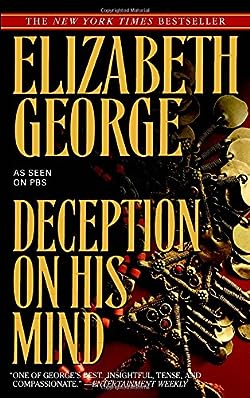 Book #9 in the Inspector Lynley series

The case Barbara starts working on has ties into the Asian community of a certain town where the leaders have a very complicated relationship with the rest of the community and an even more troublesome and infected one with the local authorities.

Balford-le-Nez is a dying seatown on the coast of Essex.

But when a member of the town’s small but growing Asian community, a Pakistani named Haytham Querashi, is found dead near its beach, his neck broken, sleepy Balford-le-Nez ignites.

And working solo, without her long-time partner Detective Inspector Thomas Lynley, Sergeant Barbara Havers must probe not only the mind of a murderer and a case very close to her own heart, but the terrible price people pay for deceiving others…and themselves.