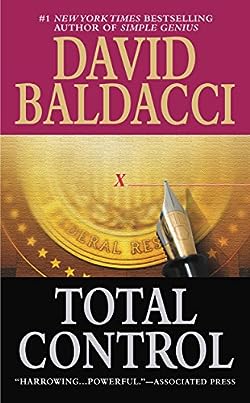 The bestselling author of Absolute Power and the Winner proves again that he is a superstar in the thriller firmament.

Determined to give his family the best of everything, young executive Jason Archer has entered into a deadly game of cat and mouse. He is about to disappear, leaving behind a wife who must sort out his lies from his truths, an air crash investigation team that wants to know why his plane suddenly fell from the sky and a veteran FBI agent who wants to know it all.

Soon, the startling truth behind Jason Archer’s disappearance explodes into a sinister plot with the murder of the country’s single most powerful individual. And Archer’s wife, Sidney, is plunged straight into the violence that is leaving behind a trail of dead bodies and shocking, exposed secrets.