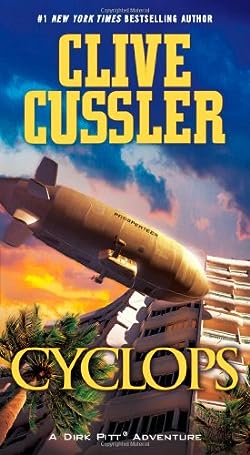 For Dirk Pitt, the witnessing of an airship disaster sets in motion the most nail-biting events of his career.

When he finds his trail leading to fabulous treasure beneath the sea he knows he is on to something special. Or is he?

A wealthy American financier disappears on a treasure hunt in an antique blimp. From Cuban waters, the blimp drifts toward Florida with a crew of dead men—Soviet cosmonauts.

Dirk Pitt discovers a shocking scheme: a covert group of US industrialists has put a colony on the moon, a secret base they will defend at any cost.

Threatened in space, the Russians are about to strike a savage blow in Cuba—and only NUMA’s Dirk Pitt can stop them. From a Cuban torture chamber to the cold ocean depths, Pitt is racing to defuse an international conspiracy that threatens to shatter the earth!