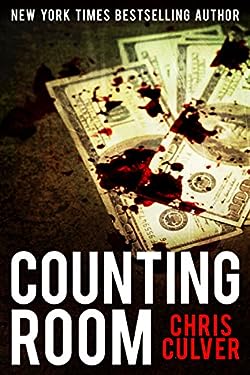 Detective Gabriel Ward is a former Army intelligence officer with degrees in computer science and physics. As his department’s computer crimes expert, he uses computer forensics to solve crimes as much as his street sense. But when he’s called to identify the remains of his brother-in-law at a crime scene, none of his formidable technical abilities matter.

Gabe’s orders are simple: assist the case where appropriate and stay away otherwise. He tries to do just that. But then, his sister and her family are attacked. Witnesses start dying.

Somewhere, Gabe is being set up as the fall guy for murders he didn’t commit.

As he digs into his brother-in-law’s life, he starts connecting dots in a conspiracy far vaster and more dangerous than he could have imagined.

Violent men attacked people Gabe loves. That’s not something he can forgive. With his family threatened, Gabe is forced to question everything he believes about himself and his job. To protect his loved ones and unravel the treacherous web surrounding him, this detective will hang up his badge and step into a dark world he left behind years ago. He’ll hunt the men who hunt him. But will he find them before they strike again?