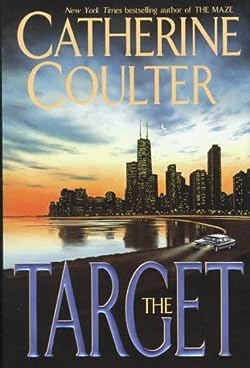 Coulter continues the suspense-filled series she began with The Cove (1996) and The Maze (1997), even bringing in some of the same characters. Her latest is set in the Colorado mountains, where Judge Ramsey Hunt has fled to recuperate after being forced to shoot a man during a melee in his courtroom.

But his dream of peace and quiet is shattered when he discovers an unconscious, beaten, and sexually abused little girl who is too traumatized to speak. Reluctant to subject her to any more terror, Ramsey refrains from going to the authorities and cares for her himself.

But once again, violence intrudes, first when two gunmen attempt to take the girl, and then when her mother, Molly, appears, ready to kill the man she believes is the kidnapper. Miraculously, Emma regains her voice in the nick of time, so Molly and Ramsey join forces and attempt to solve the mystery of her abduction. Emma is a target for any of a number of reasons–her father is a famous rock star with a gambling problem, and her grandfather is a Chicago Mob boss–and Coulter, who doesn’t stint on humor or romance, keeps readers guessing.