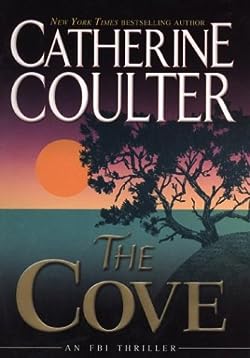 The Cove is a quaint little postcard town made up only of old folk who sell the World’s Greatest Ice Cream—a secret recipe that brings lots of tourists into town.

Into The Cove comes Sally Brainerd, daughter of murdered Amory St. John of Washington, D.C., seeking sanctuary, and FBI Special Agent James Quinlan who’s undercover and after her. He’s got a murder to solve, and he believes she’s the key. But is she really?

Susan “Sally” St. John is running from everyone after escaping an institution where she has been committed for a mental breakdown. She might have also killed her father. FBI agent, James Quinlan is tasked with tracking her down so that he can get to the bottom of the murder. Sally lands in “The Cove”, seeking refuge with an estranged aunt and they both figure that she can really fool everyone if she just wears a black wig.

FBI agent James shows up in “The Cove” and immediately is on to stealthy Sally. There’s something about her idiocy that is irresistible and he practically falls in love with her on the spot — putting him in quite a pickle.