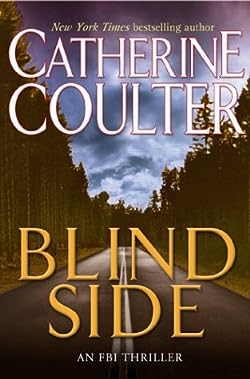 A riveting novel of knife-edge suspense, Blindside is Catherine Coulter at the top of her game.

Son of an ex-FBI agent, Miles Kettering, six-year-old Sam Kettering is kidnapped and taken to eastern Tennessee. The boy manages to escape. But the kidnappers do not give up. Miles Kettering joins Lacey Sherlock and Dillon Savich to investigate why the kidnappers want this little boy so badly – and they also soon find themselves ineluctably drawn into the investigation of the murders of three math teachers in the Washington, D.C. area.