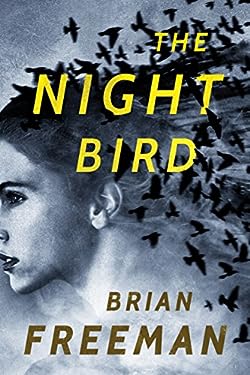 His name is Frankie Stein. He works in San Francisco. If you believe in miracles, call it, and the bad memories will disappear. For some it is capable of pure magic. For others, he enjoys a little too much to play to be God. In any case, whether you think well or badly, Dr. Frankie Stein makes her talk about herself in San Francisco: she developed a controversial hypnosis method that can erase the memory of traumatic events, reconstructing them in order to “diminish” the involvement of the subject. Not everyone believes it; Homicide detective Frost Easton is among the most skeptical – who often finds himself having to work with Frankie in court.

Homicide detective Frost Easton doesn’t like coincidences. When a series of bizarre deaths rock San Francisco—as seemingly random women suffer violent psychotic breaks—Frost looks for a connection that leads him to psychiatrist Francesca Stein. Frankie’s controversial therapy helps people erase their most terrifying memories…and all the victims were her patients.

As Frost and Frankie carry out their own investigations, the case becomes increasingly personal—and dangerous. Long-submerged secrets surface as someone called the Night Bird taunts the pair with cryptic messages pertaining to the deaths. Soon Frankie is forced to confront strange gaps in her own memory, and Frost faces a killer who knows the detective’s worst fears.

As the body count rises and the Night Bird circles ever closer, a dedicated cop and a brilliant doctor race to solve the puzzle before a cunning killer claims another victim.