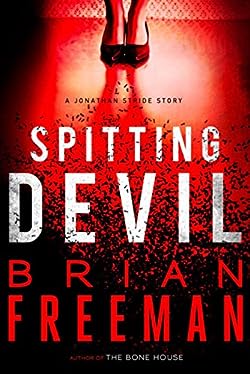 DETECTIVE JONATHAN STRIDE IS BACK.

And for the third time, Alison isn’t sure her husband was home all night.

There are already three women killed in two months. All with red hair. Just like her. All wearing clothes in the photos disclosed by the police, terribly similar to those that disappear from his closet.

When the killer sends the usual photo of his victim to the press, she sees an item of her clothing left with this body, too.

Horrified by the suspicion that her husband – whose strange behavior the mob has been a few months ago – may be the psychopath who has ended the lives of three women in Duluth, Alison Malville decides to speak with the Minnesota police lieutenant Jonathan Stride …

Could you believe your own husband was capable of murder? Would you turn him in?

This is exclusive to ebook, a gripping read from the acclaimed author of SPILLED BLOOD.