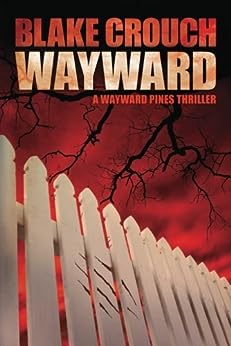 Wayward Pines has 461 inhabitants. Idyllically situated in a valley and surrounded by picturesque mountain ranges you imagine yourself in a modern paradise … were it not for the fact that the village is surrounded by a flooded fence with barbed wire on it and also by snipers in the watched. Each of the 461 residents woke up after a horrible accident. There are hidden cameras in every house and company building

None of the residents know how they ended up there. They are told where they will live. Where they come to work. Who they should marry. Some think they are dead and in the hereafter. Others think they are in an experimental prison. And everyone secretly dreams of fleeing, but the few trying to face a terrifying surprise.

Ethan Burke has seen the world behind the foreclosure. He is the sheriff and the only one who knows the truth – Wayward Pines is not just a village. And what’s on the other side is a nightmare that transcends everyone’s imagination.